[17 Sep] Real life example of going from research, innovation, development and commercialization to a start-up company in Cyprus 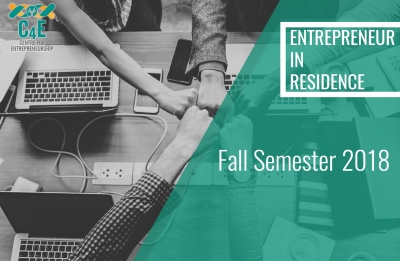 Prof. Philippos Patsalis obtained his BSc in Biology from the Aristotelian University of Salonica, Greece and his MA, MPh and PhD in Genetics from the City University of New York, USA. He underwent specialization and post-doctoral training at Cornell Medical Center, New York University, Memorial-Sloan Kettering Cancer Center and Columbia University, in New York. He also received professional certification and licensing to practice as a Laboratory Director from New York Department of Health and the College of American Pathologists; and he is American Board Certified from the American Board of Bioanalysis.

Prof. Patsalis Founded and Directed the Department of Cytogenetics and Genomics and the Translational Genetics Team at the Cyprus Institute of Neurology and Genetics; He Founded and Directed the biotechnology companies AKESO and NIPD Genetics; He Founded and became the first Professor and Provost of the Cyprus School of Molecular Medicine; He also served as Chief Executive Medical Director of the Cyprus Institute of Neurology and Genetics and as Minister of Health of the Republic of Cyprus.

He is currently Distinguished Professor at the Cyprus Institute of Neurology and Genetics and visiting Professor in other Universities; and Chief Executive Director of NIPD Genetics.

Prof. Patsalis is a scientist with international recognition in the field of Human Genetics. He has been invited as lecturer to more than 200 Universities and international conferences. He has competitively obtained more than 40 research grants and funding of over 20 million euro from international organizations including the most prestigious grant in the European Union known as the ERC Advanced Grants, which is based purely on excellence. He was appointed to several Editorial Boards of scientific journals and has filed more than 10 patents. He contributed chapters in 10 books and published more than 130 peer-reviewed scientific publications in international journals, such as Nature Medicine, Lancet, Human Molecular Genetics, American Journal Human Genetics, etc. He is the President of the National Council of Research, Innovation and Entrepreneurship and has served on several other Councils Committees and Boards. He is an elected Board Member of the European Society of Human Genetics. He has been appointed as external member of the National Academy of Lithuania and has been honored with many national and international awards, including the Cyprus National Research Award, the Cyprus National Innovation Award, the Most Notable Scientific and Social Contribution Award University of Nicosia, the US State Alumni Award-State Department USA, the Silver Medal of the Cyprus Parliament which is the highest honorary distinction of the Parliament of the Republic of Cyprus and the National Award from the President of the Republic of Cyprus.