Open Lecture: The Image of Scientists

If you ask anyone, they will tell you that science has transformed their world with amazing discoveries. But then if you invite them to draw a scientist, what they depict is precisely what people would have described 50 years ago

To exploit the public’s strong appetite for science, we must first rid ourselves of misleading stereotypes

One of the most familiar and popular UK voices of science and technology, Quentin is a hugely experienced host, trainer and lecturer in communication and journalism who has worked in over 60 countries running a huge range of workshops, conferences, broadcasts and meetings. He’s been described by The Times as both “the world’s most enthusiastic man” and “an expert on everything from pop music to astrophysics”, and by the Daily Mail as someone whose “wit and enthusiasm can enliven the dullest of topics”. A regular presenter of The Forum on BBC World Service he’s hosted many hundreds of radio & TV broadcasts including for over a decade fronting the UK’s most listened to science show, the live weekly Material World on BBC Radio 4 – hailed as “quite the best thing on radio” by Bill Bryson and “the most accessible, funny and conversational science programme on radio” by the Radio Times.

He also lectures on media and science communication at Edinburgh and other universities including Rhine-Waal in Germany, and is both a master-class trainer and host of the international finals of FameLab – rated as “the world’s leading science communication competition” by BBC World Service, and “the best time we’ve had in months” by Nobel prize-winning co-discoverer of DNA James Watson. 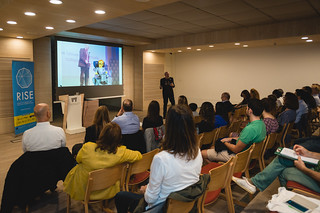 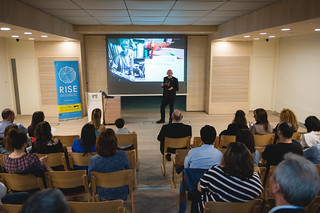 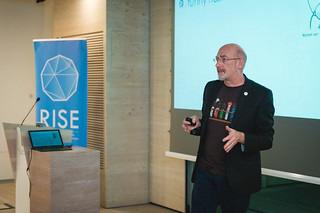 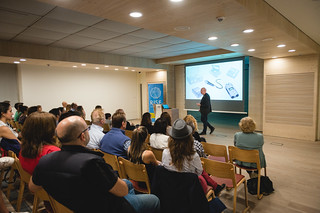 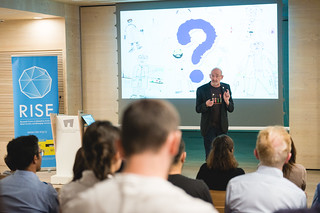 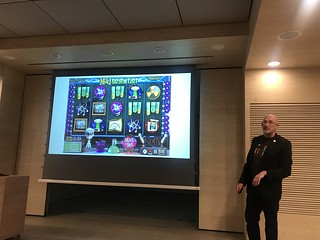